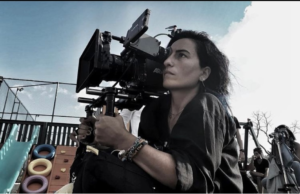 Although she graduated from a school in Communication Studies and not from a Cinema School, her passion for photography led her to the world of motion pictures.

After spending many tough years on sets as the first female assistant camera in Turkey, Deniz still stands as a model for all the women behind the camera, whom she supports truly.

She has shot not only a very large number of commercials, but also many award-winning short and feature films such as The Monster’s Dinner (2012), The Impeccables (2014) both films by Ramin Matin, The Mixed Tape (Tunc Sahin, 2014) and The Seagull (Erkan Tunc, 2017)…
Deniz speaks fluently French and English.